AFLCA Player of the Year 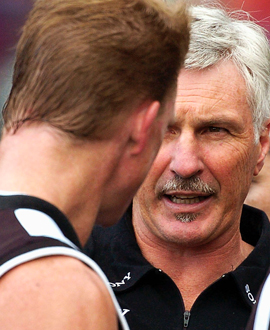 Nathan Buckley talks with his coach Mick Malthouse during the round two match between Collingwood and the Western Bulldogs at the MCG in 2004.

The award was launched in 2003 with Nathan Buckley the inaugural recipient.

The award has been largely presented to midfielders at the end of the year with Gary Ablett jnr winning the title across three consecutive seasons (2007 – 09).