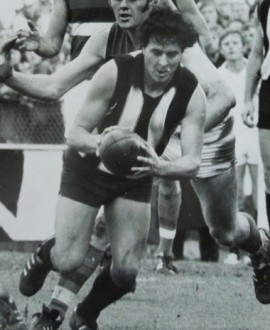 Members of the Australian Football Media Association vote annually for the player they consider the most outstanding.

The award has not been presented since 2010.

Collingwood player Dane Swan is the only player in history to win the award on back-to-back occasions.

Peter Daicos was a media favourite during the 1990 premiership season and hence was no surprise in collecting the award for that year.