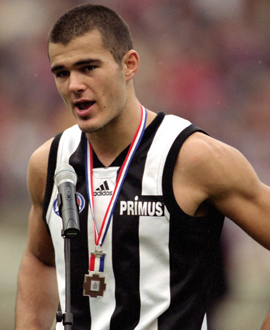 Since 2000, the player in the match considered to best exemplify the ANZAC spirit – skill, courage, self-sacrifice, teamwork and fair play – has been awarded the Medal.

In 2001, Collingwood’s Chris Tarrant became the only player to have won the medal despite playing in the losing team.

Before the start of the 2011 ANZAC Day match, the AFL presented retrospective ANZAC Medals to their intended recipients for all of the matches prior to the introduction of the Medal in 2000.