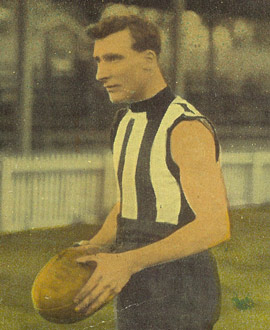 The Coleman Medal is awarded yearly by the AFL to the player who kicks the most goals in home and away season.

It is named after John Coleman, the former Essendon full forward whose career of 537 goals in 98 games was cut short by injury.

Although only instituted in 1981, retrospective Coleman Medals were presented in 2004, dating back to 1955 which was the first season after Coleman’s retirement. Winners prior to that were retrospectively awarded Leading Goalkicker Medals.