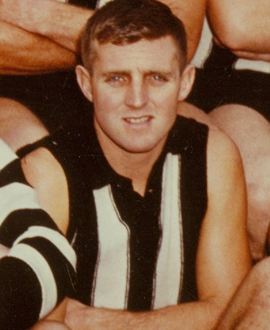 Mick Bone: A man who 'went in fearlessly and generally upset his opponents with his willingness to mix it'.

There are few footballers Collingwood fans are more likely to take to their hearts than a small, gutsy, hard-at-it rover. Famous names such as Percy Wilson, Lou Richards, Bob Rose, Ron Wearmouth and Harry Collier all fit that description to a tee – and all were massive fan favourites.

So too was a less-heralded rover from the 1960s, Micky Bone. And while he mightn’t have enjoyed the stellar career of those other names, he was almost as popular with Magpie supporters of his time.

When he first arrived at Victoria Park in 1960, Micky Bone must have seemed a bit like Harry Collier incarnate. Like Harry he was a local who bled black and white: one of seven kids to a mother who was born, raised and married in Collingwood. As the magazine Footy Fan noted in 1964:

“Micky Bone is a truly fanatical Magpie. Completely imbued with club spirit, his football philosophy is simple – to play as well as he can in any situation, under any circumstance, to win, not for personal acclaim but for the old Black and White. Mick had no personal aspirations about winning interstate selection, best player awards etc; his concern is that Collingwood wins, and all other matters are secondary.”

The same could just as easily have been written about Harry Collier 30 years earlier. And the similarities with Collier quickly took on more significant importance when Bone first played with the under-19s in 1960 after being recruited from Thornbury YCW.

Despite standing only 5’6″ tall, Bone attacked every battle for the ball as if his life depended on it. He threw himself into the packs with a fearlessness and fierce desperation that quickly won him the admiration of his teammates and coaches. Charlie Pannam, then managing the under-19s, predicted after just a few games that Bone would enjoy “a brilliant roving career”. 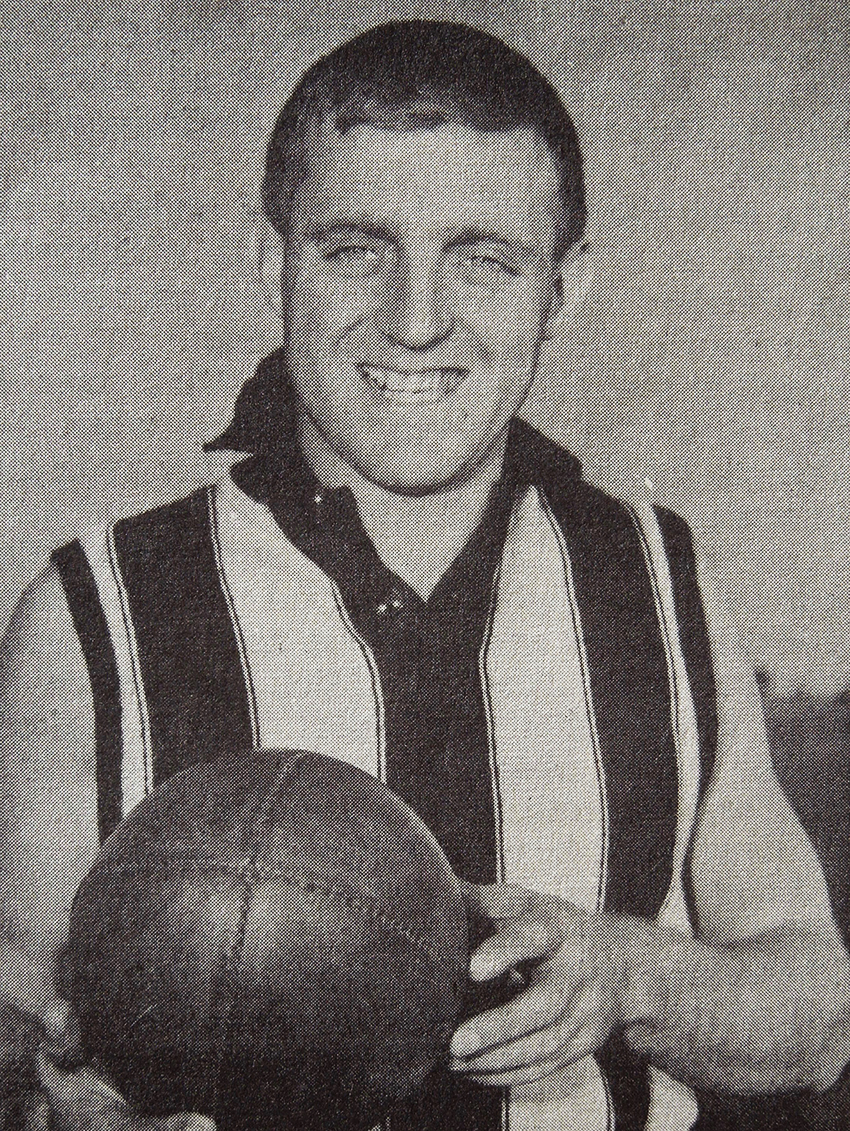 Micky Bone: A favourite of teammates and supporters alike.

He played 14 games in his first year in the thirds and played an important role in the club’s first ever under-19 premiership side, kicking a goal in the one-point win on Grand Final day. The following year he graduated to the reserves, and in just the second round of 1962 made his senior debut, named on the bench against Hawthorn in the mud and slush at Glenferrie Oval in a game that also saw debuts for Mick Erwin and Bob Johnstone. He came on to the ground in the first quarter when Brian Gray went off injured and did so well that he was named among the best players.

His attack on the football did not diminish while playing against men, and as he settled in it quickly became clear that he had plenty of cheek to go with his undoubted courage, pace and tenacity – again, a trait shared by many great Magpie rovers. He also had a good nose for goals, something which was evident when he bagged four goals from a half-forward flank against South Melbourne in his first full game the week after his Hawthorn debut.

He played 17 games that first year, kicking 12 goals, and walked away with the club’s best first year player award at the end of the season (for his “many brilliant, courageous and clever games”). The Magpie fans quickly adopted the courageous small man as a particular favourite: they soon learned of his passion for the club, and loved his endeavour, commitment and 100 per cent effort. He was, said one, “a little goer” – which is high praise at footy clubs. As his cult status grew, the fans even started celebrating his idiosyncrasies, noting that he became the first Magpie to cut the collar off his heavy woollen jumper (perhaps in the hope of attracting more around-the-neck free kicks).

Injuries and a four-week suspension interrupted his progress in 1963 but he returned to form in 1964, his roving partnership with David Norman playing a key role in taking the Pies all the way to the Grand Final.

Bone actually started the Preliminary Final on the bench – a controversial move at the time – but came on at half-time and inspired the Pies to a win with a magnificent second half that also secured him a starting spot in the Grand Final side. “He went in fearlessly and generally upset his opponents with his willingness to mix it,” wrote one scribe. “Mick Bone set his heavier teammates a wonderful example by the manner in which he courageously won the ball,” noted Hawthorn captain Graham Arthur.

Before the Grand Final against Melbourne Bone showed his calmness – and his affinity with young fans – by allowing a 12-year-old supporter into the rooms to scrawl ‘good luck’ on the back of his jumper. But luck turned out to be in short supply that day and, even though he played well, he unfortunately contributed unwittingly to the match-defining moment by wandering into defence to help his teammates while protecting a narrow lead late in the game. His opponent followed him upfield – against coach’s orders – and snapped the winning goal when the ball spilled free from a pack. 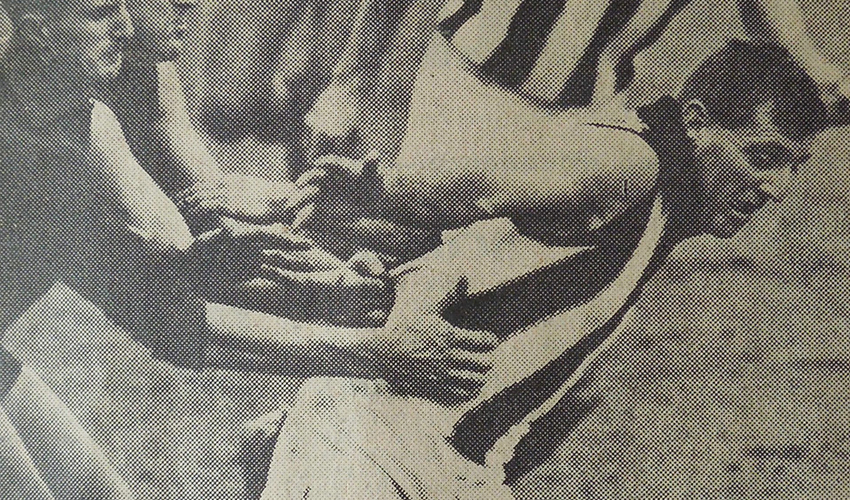 Fighting for possession against the Demons during the 1960s.

Bone remained a regular in 1965 but by 1966 he was again plagued by injuries and found himself being overtaken in the pecking order by young talent such as Barry Price and Wayne Richardson. He headed to Wodonga as playing coach in 1967 and had a major influence on football in the area. He quickly established himself as just as big a favourite there as he had been at Victoria Park: there was something about the way he played and the way he approached the game that endeared him to fans wherever he went. Wodonga had lost five grand finals in a row before Bone joined them, but under his leadership they won a flag in his first year.

Bone ended up coaching the Bulldogs for eight seasons, and was later inducted into the Ovens & Murray Hall of Fame. One local newspaper described his style in that first premiership as a “ruthless, combative, take-no-prisoners approach”.

That was the way Micky Bone played his football. And it’s why he was loved by footy fans from Abbotsford to Wodonga.