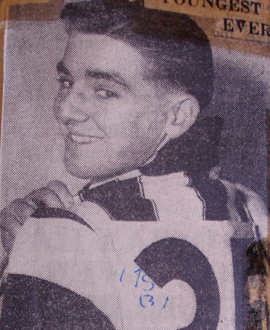 Collingwood was the first club in the VFL/AFL to produce a 100-game player, when Charlie Pannam reached the milestone late in the 1902 season, and the Magpies have been setting new benchmarks ever since.

While only three players – Scott Pendlebury, Tony Shaw and Gordon Coventry – have topped 300 games,  we’ve also been blessed with some of the oldest and youngest players the game has known. And one of the most consistent, with Jock McHale’s phenomenal run of 191 consecutive games one of the best on record.

The tables below highlight a range of different games-based records set by Collingwood players since 1892.