Mark of the Year 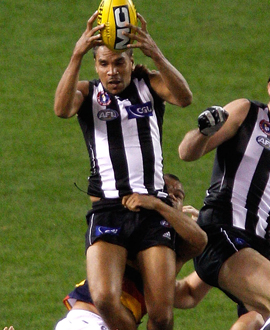 Andrew Krakouer flies for a mark in the round nine match against Adelaide in 2011.

Since 2001, the Mark of the Year Award has been run by the AFL and the winner has been selected by public vote.

Prior to the official records in 2001, it is largely believed that Bill Picken won the award in 1976 for his launch against St Kilda.