Goal of the Year 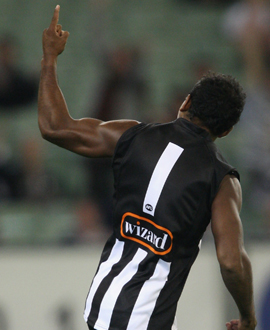 Officially awarded by the league since 2001, the Mark of the Year is generally awarded to a player who creates and scores a difficult goal in play.

For the first time in 2006, the general public are able to vote for nominated marks via the AFL’s website. The results of the public voting are combined with the panel’s votes.

Any one of the goals of the round is able to win the official Goal of the Year.

The Goal of the Year award is also known as the Phil Manassa Medal, named after the Magpie’s efforts in the 1977 Grand Final Replay where he kicked a famous running goal starting from the half back flank.