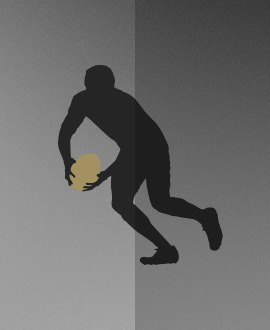 Recruited From
Footscray
Collingwood Debut
Round 6, 1893

One of the driving forces behind the formation of the Collingwood Football Club was growing dismay within the local community at talented young local players having to leave the district if they wanted to play footy at the top level.

Charlie Kendall was the embodiment of those concerns.

Kendall was a brilliant young footballer – a highly talented forward who was a good mark and a wonderful kick for goal. At least one of his contemporaries considered him a better prospect as a junior than the great Charlie Pannam, which is some praise. Kendall wasn’t quite key position height but was a dangerous, mobile forward who often served as a target up front despite his relative lack of inches. And he was one of the best kicks for goal in the game in the early 1890s.

A product of Clifton Hill, by the end of the 1880s it was clear that Charlie was destined for bigger things. But Collingwood didn’t have a football team then, so he was forced to look elsewhere. Initially he looked like he would play with Carlton – indeed the Blues thought they had him all stitched up – but ended up opting to join the far weaker Footscray.

After his first game with the Dogs, midway through 1890, the Footscray Independent wrote: “Kendall, from Clifton Hill, was a new acquisition to the Footscray team. He was reckoned as a certainty by the Carltonites for their team, but he chose to cast in his lot with Footscray, and is a splendid all-round player.”

After Collingwood was founded, Kendall tried to join them for their debut season in 1892. But Footscray played hard ball, forcing the youngster to stay with them. So Kendall had to play againstCollingwood in the new club’s second game. By the end of that season he was regarded as a “highly accomplished forward …with a sure foot, who has played the part of reliable forward all season.”

So the Magpies were understandably delighted when the 23-year-old Kendall – almost universally known as ‘Piggie’ – again made it clear he wanted to join them for 1893. Unfortunately Footscray still weren’t happy, and a protracted clearance wrangle ensued.

His case drew plenty of media attention. The Argus reported: “Kendall’s chief reason  (for requesting a transfer) was that he lived in Collingwood, and it was too far to go to Footscray. He wished to get a permit last year from the Footscray Club, but was told he would have to wait another season.”

Kendall told the committee that he did not expect to be paid by Collingwood for playing with them (he received a few shillings in travel expenses each week from Footscray). One of his supporters told the committee: “He was born and always resided in Collingwood, where he learned the game of football, and only joined the Footscray because no senior club existed in Collingwood. Last season (1892) he was persuaded to remain with them on the understanding that this season his application would not be opposed.”

For whatever reason, the permit committee initially refused his application. A month later they finally granted his permit after another application – but then made him wait a further month before he could play! That decision sparked further outrage amongst fans, one of whom wrote to The Age: “The case of Kendall, who desires to play with the club that bears the name of the city of his birth, namely Collingwood, is deserving of the severest censure; instead of settling the matter in a quarter of an hour they [the VFA] drag it along for a month and finally as everyone expected, gave the relief sought, but with an outrageous condition attached, to wit one month’s further suspension. Thus we have a player, for no other reason than having a laudable desire to play with his native heath, punished as though guilty of a serious assault upon a fellow player.”

Kendall eventually made his debut for the Pies in the sixth game of the season, notching the team’s only goal of the game against – almost inevitably – Footscray. After that game, Punch wrote that “Kendall disported himself for the first time in the black and white uniform, and although he only succeeded in notching one goal there can be no two opinions about his being a decided acquisition to any team.”

He played 14 games and kicked 15 goals in that first season, playing mostly at centre half-forward and finishing second on the club’s goalkicking table (behind George Anderson). But he played only two further games for the club before being cleared to Fitzroy Juniors midway through 1894.

That has always seemed like an odd decision, but the reasons behind it emerged about 20 years later, when an article written by a former Fitzroy player appeared in the newspaper The Referee, talking about players who had played with a local club called Clifton. “Charlie Pannam, the beautiful Collingwood wingman, was a Clifton man, but the best player of the lot was Piggy Kendall, a born footballer with wonderful marking and kicking ability. Kendall afterwards appeared with Collingwood, but his sight failed and he never approached the magnificent form of his junior days.”

So it seems that failing eyesight all but derailed Charlie Kendall’s promising career. But his former rival was clearly a fan – even rating him a better youngster than the great Charlie Pannam!

Kendall then endured a troubled period. He was charged with using abusive language to a woman early in 1895, being fined the huge sum of 10 pounds, and then later the same year was charged with theft of a clock in a bizarre case that ended up with the case being dismissed, and one of the prime witnesses subsequently charged with theft of the same item! In 1898 he was sprung playing footy for Strathmerton under an assumed name (‘Charlie Bremner’) and in 1902 was caught by police in a two-up sting with a group of men including another ex-Magpie, Edmund Rourke.

There was no doubting Charlie Kendall’s football ability, or his commitment to both the club and the city of Collingwood. Had it not been for his dodgy eyesight, he surely would have had a much longer career at Victoria Park.