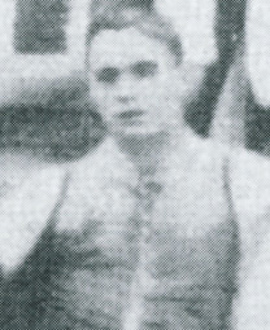 Recruited From
Carlton
Collingwood Debut
Round 2, 1892

Mackie started his football with a local Fitzroy club called Rainbow. In 1890 he was given an opportunity with Carlton, and did well enough that he was taken on that club’s trip to Sydney in 1890. But after just six senior games in two seasons at Princes Park, he transferred to Collingwood in the Magpies’ first season. He made his debut in Round 2 against Footscray, named at full-forward, but managed to spray his only shot on goal out of bounds and wasn’t seen again that year, returning instead to Rainbow.

During the 1893 pre-season he actually appeared for his old club Rainbow against the Magpies in a practice match – and that seems to have prompted Collingwood to take him on again.  He played four of the first five games but was thrown all over the field – back pocket, half-forward flank and forward pocket. After his game in the back half he was singled out for praise by The Mercury, noting he and several teammates had been part of “a strong defence”.

Nevertheless he spent the next few games playing in the forward line before disappearing from the Magpie ranks, seemingly for good. He continued to be frequently named in ‘to be chosen from’ squads, indicating he was still in the selectors’ minds, but never managed to add to the five senior games he played with Collingwood in just over 12 months at the club.

But there was an unusual footnote to his career: early in 1896, champion full-back Bill Proudfoot was unwell and in danger of missing the early rounds of the season. One newspaper reported that a player named ‘M’Kie’ would take his place if he did not recover in time. There is every chance that player was Mackie, as ‘M’Kie” was a style of the time for McKie, which was the way Mackie’s name had sometimes appeared. We’ll never know for sure, but it looks as if Mackie was close to a remarkable comeback three years after he’d last played senior football.