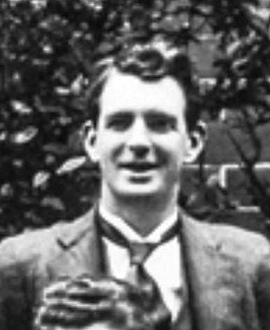 Two days after playing his 10th game of VFL football, Jack Sheehan walked into a recruiting office and enlisted in the AIF.

It was July 12, 1915. He was a Richmond footballer at the time, having played three games with Collingwood back in 1911. He hadn’t made much of an impact at Victoria Park, but had been doing better at Punt Road. Still, he was prepared to sacrifice his second chance of playing VFL football to go and fight abroad.

Sheehan and six Richmond teammates were treated to a social night in September of that year, as the club prepared to farewell them for what loomed as a likely trip to fight with the Anzac troops at Gallipoli. They were all presented with a money belt, pocket book, writing paper with envelopes as well as a gold coin to start the money belt with.

The only problem was that Sheehan would never travel abroad. Illness prevented him from leaving Australia, and he would eventually return to play briefly with Richmond in 1917 after being discharged.

Sheehan had been born in Melbourne on May 29, 1890. He grew up in Richmond and learned much of his football at school at St Ignatius. He came to the attention of Collingwood in 1911, and made his debut with the Magpies in Round 3, against Geelong at Victoria Park on the same day that another future soldier, John Somer, played his first game.

The visitors won by three points and Sheehan had little impact on the game. He played two more games for Collingwood – against University in Round 7 and St Kilda in Round 9.

That was the total of his experience in black and white. He crossed to Melbourne in 1912 but couldn’t manage a senior game there, so headed to the City club in Launceston. He found both form and confidence in Tasmania, newspapers frequently commenting on his “attractive and effective” style and brilliant play.

He carried that confidence into his third crack at the VFL, with Richmond in 1915, making what the Winner described as a “remarkably successful” debut for his new club. Sheehan played 10 matches that season – the year he enlisted – and did well, playing mostly in the centre. He also played well in what was meant to be his last game before heading overseas – as part of the combined Camps team that played the Premiers, Carlton, in a fund-raising match the week after the Grand Final.

The electrician was 25 years and two months old when he signed up. He was meant to be a part of the 20th reinforcements of the 5th Battalion, but health issues kept him in Australia while other reinforcements were sent abroad.

Several illnesses made his time in the army an uncomfortable experience and he was in hospital on a number of occasions, including at Langwarrin and at the Macleod Military Rest Camp. As a result of these issues, he was eventually discharged without him having the chance to do what he signed up for. But his discharge papers listed his conduct and character as “good”.

By 1917, with the war still raging overseas, Sheehan played four more games with Richmond, taking his total VFL games played to 17. He headed to NSW midway through the next year and by 1920 was captain/coaching the Sydney club, before transferring to Narrandera for a year. He returned to Sydney in 1922 and was still playing in the late 1920s, with Newtown.

Sadly, Jack Sheehan died not that long afterwards, in June 1933. He was only 43.