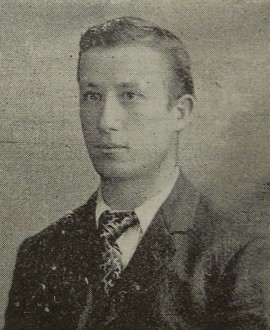 Few players have made their debut with the low expectation that surrounded Joe O’Brien late in Collingwood’s first season. As fate would have it, however, Joe would end up vastly exceeding those modest expectations – just not with the Magpies.

Joe’s opportunity arose late in 1892, when the newly formed Collingwood Football Club found itself desperately short of players for the game against St Kilda. Committeeman Jack Joyce, who hadn’t played for a couple of years, was dragooned into service, along with fellow committeeman Jim Duncan, who had at least played with Britannia the year before. Joe was the other debutant that day, dismissively described as being “a fourth rate junior”.

While that wasn’t intended as a slight, and was only meant to describe the club he came from, it still might have stung. It’s never been proven conclusively what club that was, but recent research suggests it could have been the second 20 of the West End Football Club (the Port Melbourne-based junior club that also produced ‘Splinter’ Anderson). If so, that was quite the leap.

And O’Brien confounded all expectations. He lined up on a half-forward flank and did well enough to hold his place for the next game. “It is probable that O’Brien, the junior who played so satisfactorily, will again be in the team,” said The Herald the week after his debut. His second game was against Port Melbourne, where he kicked the Pies’ only goal of the game through “an excellent kick” and had one other attempt touched on the line.

He kicked another the next week against Melbourne, from a good mark, and also played against Richmond in the penultimate game of the season.

Two goals in four games was an exceptional start for a forward in those times, and it seemed certain to be enough to get him more senior opportunities. But he returned briefly to West End, then spent most of 1893 with Collingwood Juniors, where he continued to average a goal every other game, with a best of three goals against Brighton.

The youngster clearly had talent, and especially an eye for goals. In later years he would be described by one newspaper as playing “cool, clever and effective football” and branded a highly successful forward.

While he must have been frustrated at his failure to gain more senior games in 1893, his fortunes seemed likely to change when it was announced that he would be joining the Collingwood seniors during the 1894 pre-season (along with Juniors teammates Charlie Pannam and Frank Hailwood). But that must not have worked out as well as it did for the other two, because in early May came the news that Joe had been cleared to Port Melbourne.

And that is where Joe O’Brien would end up making his mark in football. Over the next nine years he would become one of Port’s most consistent and reliable forwards, playing over 140 games and kicking over 40 goals. He was regarded as a cool and composed player who used the ball well. He was named vice-captain in 1897 and took over the leadership role in 1899, leading the Ports to a flag in 1901.

In the end, that’s not a bad footballing CV for a bloke who got his chance over a decade earlier as a ‘fourth rate’ junior!