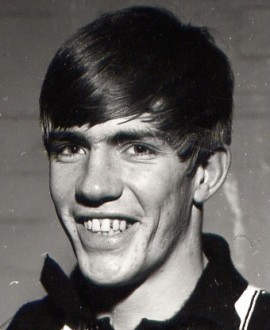 When Len Clark made his way to Collingwood in 1963, the Magpies had unearthed a player who would go on to win best-and-fairest awards, top competition goalkicking tables and transform football clubs in two states. Unfortunately, it feels like the Magpies never really knew what they had.

By the time Clark left Victoria Park in 1969, into his seventh season with the club, he’d managed 53 reserves outings but only 14 senior games, with the majority of those spent on the wing or in defence. But when he went to Preston in the VFA and South Fremantle in the WAFL he was played as a forward – to devastating effect.

Clark started his football in the Preston District League, with Reservoir under-age sides and later Lalor under-17s. He won a couple of best-and-fairest awards along the way, and the Collingwood under-19s were a logical next step. He played six games with the thirds in 1963 before returning to help his old team, Reservoir Colts, in the latter part of the year. He played six more with the thirds in 1964 but spent most of the year playing with the reserves, mostly on a wing. He was named under-19s captain in 1965 but didn’t last long in that grade, playing 13 games in the reserves (he would finish third in that team’s best-and-fairest) and eventually making his senior debut against Geelong in Rd 15 of that season.

He lined up on a half-back flank that day, a taste of what was to come. Clark was a wonderful athlete, a gifted runner who did well at a number of professional 440 yard races at Bendigo, Stawell and other track-and-field meets. He had speed (he would later win a series to decide the fastest player in the WAFL), endurance and was beautifully built, standing just under 6’ in height and weighing 12.7. He had exceptionally good hands, was reasonable at ground level and a straight, though not particularly long, kick.

With his speed and athleticism you can’t blame the Magpies for thinking he would make a good winger or long-striding defender. But still nobody thought to try him in the front half.

After playing those three senior games late in 1965 he played five of the first seven in ’66 before seriously injuring his knee. He made it back for the second semi-final, but was dropped for the Grand Final. Shoulder, thigh, and other injuries plagued him over the next two seasons, and he was unable to put together a decent run of games.

Len played in the first round of 1969 but was dropped. A few weeks later he had a disagreement with senior coach Bob Rose and left for Preston in the VFA. The Bullants threw him forward with immediate effect, and he booted nearly 50 goals in the rest of the season, playing off a half-forward flank, including five on grand final day as he was part of a premiership team.

South Fremantle then enticed him over for the 1970 season (they’d noticed him during a 1969 pre-season game against the Magpies) and once again he had an immediate transformative effect. He spent two seasons there, kicking 82 goals from 32 games as a half-forward, and finished fourth in the Sandover Medal in his first season. The team that finished last in 1969 won a premiership in his first year, and Len would represent WA four times – including once against Victoria where he dominated so completely that the Vics sent the great Alex Jesaulenko to mind him!

South Fremantle’s official history book writes of Clark’s “exuberant displays” in that first season, particularly, and notes his “tremendously adhesive grip” and “sure hands” at half-forward.

Len would likely have stayed in WA but his wife’s father suffered a serious illness which required the family to return to Victoria. He went back to Preston, moved to full-forward and starred, kicking 107 goals in 1972 and winning the team’s best-and-fairest award. He kicked a further 86 in 1973, and 40 in seven games in 1974 before a knee injury forced him into retirement at the age of 28. He later coached both South Morang and Bundoora in the Diamond Valley League.

The website ozfooty.com says there are many at South Fremantle who feel Len Clark could have become an all-time great of the club if he’d been able to stay. He certainly achieved that status at Preston, where historian Brian Membrey named him in their unofficial Team of the Century. The 14 games – and 0 goals – he ended up with at Collingwood pales by comparison. If only somebody had tried him up forward while in the black-and-white, it could have been a vastly different story.