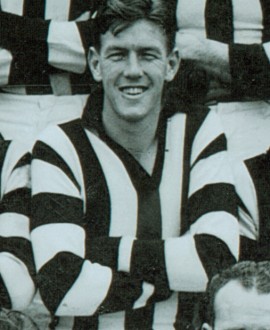 A classy half-forward flanker and centreman from Old Scotch, Holten had an unobtrusive style, and was an excellent mark and a fine kick.

Holten was also a fine cricketer with Melbourne and later became a Federal MP.

In 1947 when Collingwood was enduring a lean trot, Holten, Jack Burns and Lou Richards called a players’ meeting, but when club secretary Frank Wraith found out he said: “Are you three Commos or something?”

It was an interesting observation, as Holten became a conservative politician.