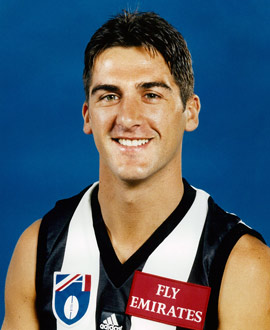 A left footer from Keilor who had a quick rise to prominence in his first year as one of the crop of youngsters that took Essendon to the 1993 flag.

After the 1993 premiership he battled against ankle, groin, shoulder and hip injuries.

He was traded to Collingwood at the end of 1998 but was still plagued by injuries and managed only five games.

He left the club in a trade to North Melbourne at the end of 2000, but managed just one match in Blue and White before again injuring his hamstring.