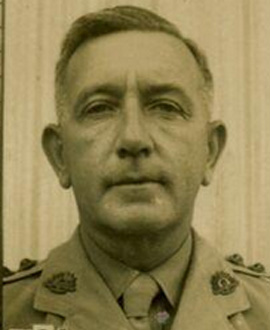 The cost of war is not always about life and death; it’s often about the important family experiences lost while the Anzacs were away from home.

Collingwood footballer and Anzac Sam Mortimer was the embodiment of this.

A letter written to the club from the front by former player Harry Matheson in June 1916 explained Mortimer’s situation of being half a world away from where any new father would want to be.

Matheson wrote: “Did you know that Sam Mortimer is now a father? He had a son born on August 19, 1916. Keep your eye on the lad; he is bound to turn out a footballer. Give him a good try-out when he is old enough. Who knows, perhaps when this war is over, or when we are invalided out through old age, his dad and myself will be able to see the lad sporting the good old colours.”

Mortimer had sailed away from Australia on Ceramic on 24 November, 1915. Just a fraction under nine months later, he became a father for the first time, though it took him some time to learn he had a son.

His plight was mirrored across the world at that time – a new father disconnected from his son, and his wife, Nina – though the fact that millions of other men were experiencing it hardly made it any easier.

Mortimer’s own family had come from Queenscliff. He had been born there in the same year that Collingwood was conceived – 1892 – and spent much of his childhood and his early football years down there.

His football ability saw him play one match with St Kilda in the VFL in 1911, when he was only 18, yet his performance against University that day did not bring about more matches with the Saints.

He would have to wait four years to win another chance in the VFL. Having played for a period of time with Swan Island, he won a trial with Collingwood and impressed in the Magpies-Bluebirds contest. One newspaper recorded: “Mortimer, who was tried on both wings, pleased the judges by his brilliant play.”

Such was his form that the Sporting Judge tagged him as a likely successor to Percy Gibb, suggesting: “his pace and cleverness vastly pleased the critics in the preliminary games.”

His effort saw him as one of “four aspirants” challenging to make their debuts for the first match of the 1915 season, against Essendon, at Victoria Park.

Jock McHale eventually settled on two 22-year-olds, Sam Mortimer and Con McCarthy, to make their debut that day on an afternoon when the Magpies would easily account for the Same Old. Mortimer, who would play in defence, would only be at the club for a limited time due to the war, while McCarthy would later become a dual premiership player and a premiership captain.

A day after the match against Essendon, the Anzacs landed on Gallipoli, including Collingwood’s Alan Cordner, who would be killed on the day of the landings. It would change the goalposts forever.

The Football Record would detail: “Mortimer showed a turn of speed and judgment that surprised many of the most ardent of Collingwood barrackers.”

But in the match he would hurt his knee that cost him his spot in the team the following week. The Argus said on the eve of the next game: “Mortimer may stand down tomorrow, owing to a strained knee, which has troubled him all week.”

That might well have been the end of his time in black and white, as he did not play with the club for more than two months. During that time, he even turned out for an Artillery side against Portarlington.

He returned to the Collingwood team the next time it played Essendon – in Round 10 – and he would secure his slot in the Magpies’ team as it loomed as a premiership chance.

Collingwood finished the home-and-away season in top spot, but lost the semi-final against South Melbourne and then failed to overcome Carlton in a memorable Grand Final.

It was said that Mortimer “did his little bit, despite the overwhelming onslaught.”

That game was played on September 18, 1915, as the Anzacs were still fighting – and still dying – on the peninsula so far away.

Twenty four days later, he enlisted as part of the 5th Field Company Engineers, and sailed overseas by the end of November – first to Egypt and then onwards to the Western Front.

He served with great distinction and was mentioned in Despatches in March 1917 – “During the last six months he has shown exceptional devotion to duty, and by his coolness and cheerfulness under fire, he has materially assisted in keeping his men altogether and getting the best work out of them.”

Collingwood fans back in Melbourne read with interest reports about Mortimer and how “their old player” had been granted a commission and become a lieutenant.

At the conclusion of the war, Mortimer returned to Australia in late 1919, and fans who had watched him briefly on the field, admired him even more when they learned of how brave he had been at war.

Mortimer’s son – the child born while his father was fighting abroad – would never play for Collingwood. But at least he got his father back, and that’s all that mattered in the end.