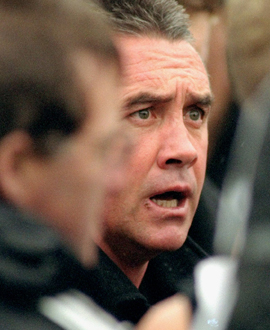 Collingwood has finished at the bottom of the ladder only two times since the club’s inception.

In 1976, Collingwood finished last for the first time in its history under coach Murray Weideman with six wins, more than any previous bottom side.

Tom Hafey took over at the start of 1977 and took his side to a Grand Final replay loss.

Under Tony Shaw in 1999, Collingwood finished bottom of the ladder for just the second time in history with four wins and 18 losses.