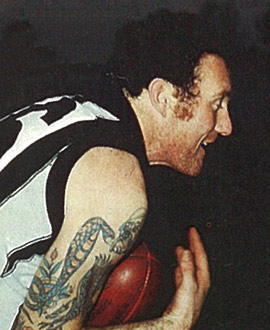 There are some footballers who, for whatever reason, form a special connection with their club’s fans.

They might not always be the best players in the team, but there is something about them that makes them a favourite of those who cheer from the stands each week.

It might be their hair, or their physique, or their temperament, or something about the way they play – the reasons are many and varied. And you can’t force it: it has to happen naturally.

These are a football club’s cult heroes. And Collingwood has had plenty of them over the years, especially in the decades since TV and media coverage has boomed. Some have been great players, some have been battlers, some have flattered to deceive. But all have enjoyed a special place in the affections of the black-and-white army.