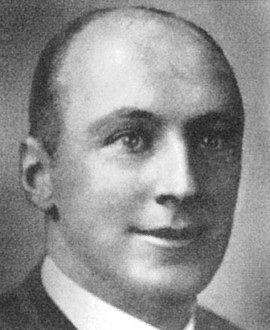 To be appointed President of a football club is a huge honour, and an even bigger challenge: you have ultimate responsibility for financial and business management, as well as the club’s image and performance. The job requires someone of exceptional presence, ability, judgement and business acumen, with strong connections both inside and outside of football.

The pressures on any President are extreme – but even moreso if you happen to be in charge of the biggest, most famous sporting club in the country. So it’s a little surprising to learn that the Collingwood Football Club has had only 12 Presidents since it was formed in 1892.

That speaks volumes for the quality of the men who have sat in the chair. Most have given lengthy service in the role.

The longest-serving Collingwood President at Collingwood was the inspirational Harry Curtis, who played 122 games for the club before spending just over 26 years in the top job. He is one of only three former players to have filled the post, along with the mighty Syd Coventry (1950-62) and Kevin Rose (1996-98).

William Beazley, the first ever President, served for 20 years, laying the groundwork for much of what the club would become, while Eddie McGuire now sits behind only Curtis in the longevity stakes.

All our Presidents have been strong business and community leaders who have left their individual stamp on the club. And most importantly, they have all loved the Collingwood Football Club with a passion.