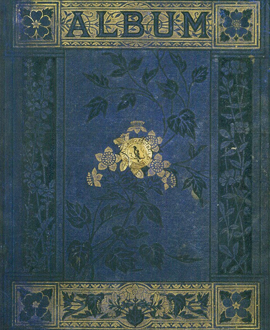 Bill Strickland, the first captain of Collingwood, kept a scrapbook outlining his playing career for both Collingwood and Carlton.

The collection of archives dates back to the late 1800s and was restored by the Collingwood’s archives committee upon receiving it from Gordon Carlyon, a life member and former secretary of the club.

The following is an excerpt penned by Strickland located on the final page of the book.

HISTORY OF MY FOOTBALL CAREER.

Transferred to Collingwood in 1893 – was appointed captain and held that position till I retired from active service in 1897.  Collingwood won their first premiership in 1896, the last year of the old Victorian football Association as then constructed.

Victorian Football League was formed in 1896 and came into existence as a controlling body in 1897.  I was one of the founders of League and one of Collingwood’s first delegates to that body and filled that position until 1912 except for one year.

I transferred to Sydney in 1913, was elected Vice-President of New South Wales League (Australasian Game) in 1914

Was manager of Carnival team of that year and was on Selection Committee and with the late Dick Condon, also an Old Collingwoodite, coached the New South Wales team who played in Australasian Carnival games of that year.

In 1914 the First World War started and that meant practically the scrapping of all athletic sports.   It was bad luck for our Australian game, as all the good work of the members of the New South Wales Australian Football League of that time in getting the game established in the schools and colleges. 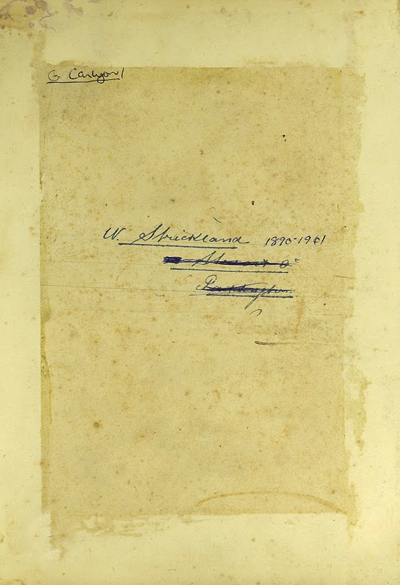 The inside cover with “W. Strickland” inscribed and then later, Carlyon takes ownership of the book. 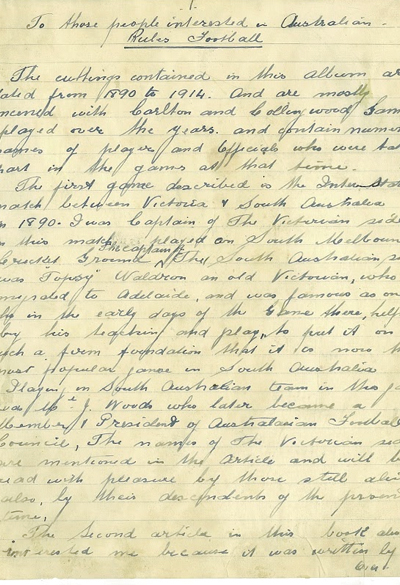 A handwritten note by Strickland outlining the current state of the game. 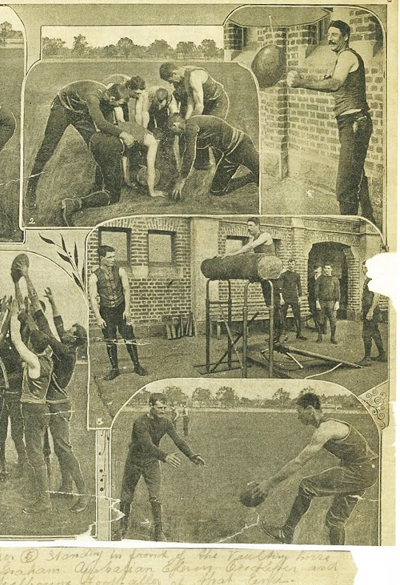 Strickland showcased a news clipping from highlighting training methods used by players in the early 1900s. 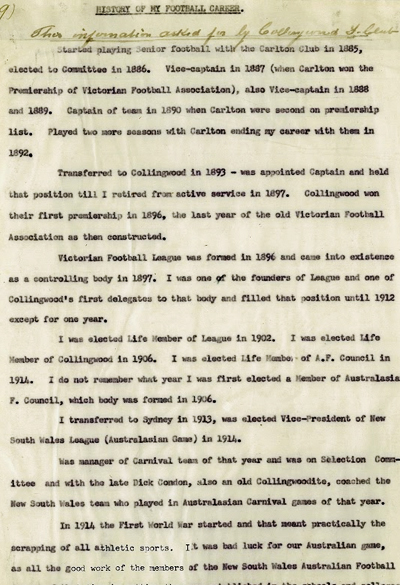 The final page of the book features a short biography from Strickland.