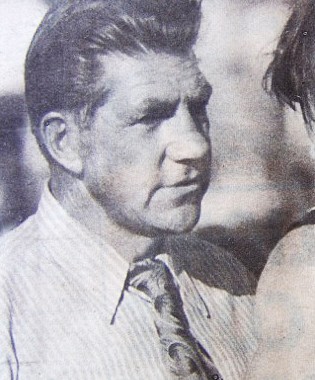 For a long time, it looked as if Neil Mann’s coaching career would be a case of ‘always the bridesmaid, never the bride’.

Mann had gone straight into coaching the reserves after he retired from playing at the end of 1956. He coached the seconds for seven seasons, then threw his hat into the ring for the senior job when Phonse Kyne called it a day late in 1963. He was beaten for that posting by Bob Rose, and remained in charge of the reserves for the next eight years, resisting overtures from many other clubs along the way.

When Rose called it a day at Collingwood at the end of 1971, Mann again decided to put his name forward. This time the hot favourite for the position was Murray Weideman, who had been making a good name for himself as a coach with West Adelaide. Des Tuddenham was also interested in the role.

But this time Mann’s loyalty and patience were rewarded. Tuddy took the captain-coaching job at Essendon, and the club’s committee decided to overlook Weideman and instead hand the job to the loyal deputy who had supported first Kyne, then Rose, so well. After 15 years as no.2, Neil Mann finally got his chance as the senior coach at Collingwood.

Unfortunately, both for the much-loved Mann and the club, the change of coach did nothing to change Collingwood’s fortunes. The team finished third in Mann’s first season but lost both finals matches, then finished on top in 1973, only to lose both finals again. The last of those was particularly galling, throwing away a six-goal half-time lead against Richmond in the preliminary final in a performance that was eerily reminiscent of the grand final debacle of thee years earlier.

Mann was at a loss to explain the trend. The team had been rejuvenated by his appointment, and played some outstanding football. Len Thompson played arguably the best football of his career and won the Brownlow in Mann’s first year as coach. John Greening was controversially shifted into the centre at Barry Price’s expense but emerged that year as a genuine star until he was brutally knocked out behind the play against St Kilda. The defence was shifted around, and new players introduced.

Mann relied heavily on his ability to communicate well with his players, his excellent man-management and his passion for the club (demonstrated in just his third game as coach when he was reported for approaching the umpire at quarter-time to complain about decisions going against the Pies). He was also not afraid to make moves, as the brilliant but unexpected pre-match shift of Thompson to centre half-forward in the 1973 preliminary final showed. In what turned out to be his final season, he was named as coach of the Victorian side.

Mann’s approach seemed to work brilliantly throughout the season but falter in September. The 1973 season was the fourth time in less than a decade that the Pies had lost both their finals matches. In 1974, the Magpies beat Footscray but were thrashed by Hawthorn, leaving them with only one win from their last six finals. The club as a whole seemed not to have recovered from 1970 – and everyone accepted that change was needed.

At the end of 1974, the coach decided to resign. President Tom Sherrin did too. So Mann immediately stood for President against the ‘damn the tradition’ candidacy of Ern Clarke. He lost, but returned a couple of years later to serve on the board.

Collingwood has known few finer, or more loyal, servants than Neil Mann. He only managed three seasons as senior coach (and what a dramatic few seasons they were), but his overall record of service is second to none.