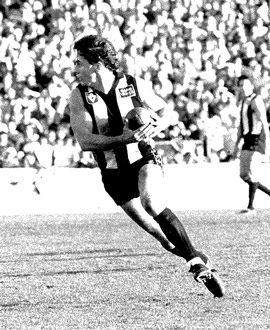 In 1983 the club decided to acknowledge the achievements of those players it felt had improved their performances most significantly over the course of the previous season, with the introduction of the Most Improved Player award.

For most of its life it was named after club benefactor Joseph Wren, the son of legendary club figure John Wren.

From 2000 the Most Improved player award ceased and the Joseph Wren Memorial Trophy was instead given to the best player in the reserves team.

In 1986, Darren Millane took his average of disposals per match to 22, from 15 the year before.  His improvement on the field played a key role in turning the Magpies into experiencing a 12-win season.