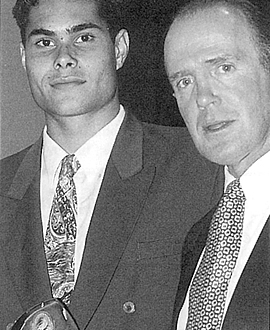 The Best First Year Player trophy was awarded only sporadically prior to 1960. When it first appeared as a regular trophy, in 1960, it was called the Collingwood Rotary Club Trophy. In 1988 the name was changed to the Harry Collier Trophy.

Collier played 18 matches in his first season in 1926 and kicked 32 goals.  His ability to hit the scoreboard was clear from early on with the 18-year-old held goalless in just four matches in his debut season.

Upon retirement he became a popular commentator in television’s early years in Melbourne from 1956.